SMTD offers seventeen regular, fixed routes on weekdays every thirty minutes from 6am to 6pm and four night service routes on weeknights hourly from 6pm to 11pm. The seventeen regular routes also operate on Saturdays on 30-minute or 60-minute schedules, depending on the route. Eleven of their fixed routes, along with the four night service routes, originate at the downtown transfer center on 11th Street between Adams and Washington. Remaining routes are based at the Junction Circle Transfer Point near S. MacArthur. For details on schedules, routes, maps and trip planning, visit smtd.org. 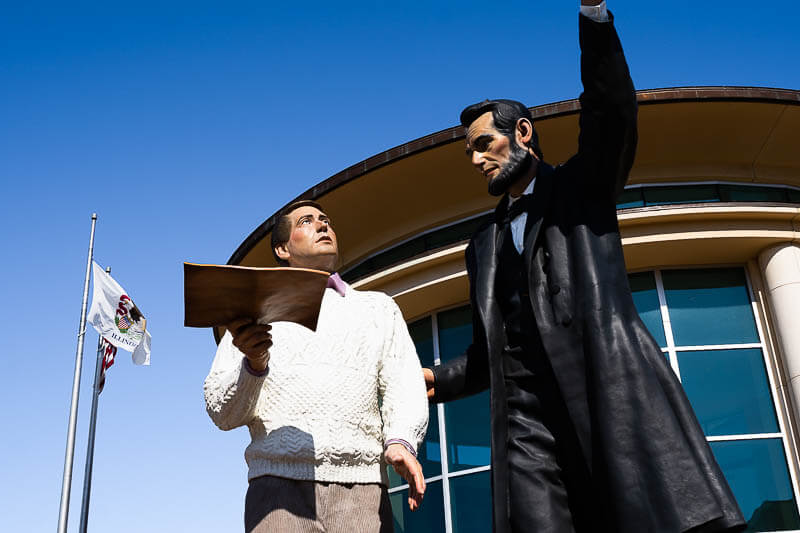 Walk Downtown
Located in the Central Business District, Downtown and all of its amenities are within walking distance from the Medical District, Residential Neighborhoods, as well as the State Capitol Complex. Once Downtown, the sidewalks will take you to numerous museums, restaurants, shops, historic sites, nightlife, and entertainment venues.

Bike Downtown
Get and move around downtown on two wheels! The Second Street bike route runs north and south connecting Downtown to the region’s multimodal network. Bicycle parking is available at the many bike racks. Additionally, a bike fix station is located in the Bocce Garden of Obed & Isaac’s Microbrewery & Wm. Van’s Coffee House. The City’s Bicycle Advisory Council’s website called Cycle SPI maintains updated information for cyclists. Click here for a printable PDF bike map as well as an interactive Google Map showing all of Springfield’s bike lanes/routes. Interested in biking to Springfield’s tourist attractions? Download the Tourism Bike Route that shows riders how to bike to the major tourist attractions downtown, to the Lincoln Tomb, and to the trails/Lincoln New Salem Historic Site.

According to the Springfield-Sangamon County Regional Planning Commission, which analyzes downtown parking annually, we have plenty of spaces available for you to enjoy downtown. You may just not realize where you can park! Street parking is free after 5 p.m. on weekdays and free all day on Saturdays and Sundays.